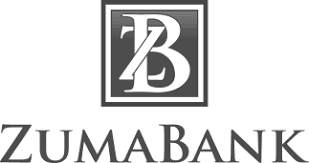 Due to the large amount of interest in yesterday's article on Dominica's Zuma Bank, we are making additional information available, in our efforts to determine the bank's lines of business, customer base, and goals.

The bank's office, 42 (Unit 2) Kennedy Avenue, in Roseau, the capital of Dominica, was formerly the office of Banco Transatlantico, the failed Dominica offshore bank owned and operated by Vladimir Antonov, the London-based Russian banker. Antonov later fled to avoid extradition to Lithuania, where he faced charges of fraud and money laundering for asset-stripping ($1.4bn) at Snoras Bank, which was nationalized. together with its Latvian subsidiary, to save both from total collapse due to his criminal acts. Antonov's Dominica attorney was Alick C Lawrence.

Antonov is currently known to be living in St. Petersburg, Russia. Banco Transatlantico Ltd., which also maintained offices in the Republic of Panama, collapsed shortly after Antonov was arrested in the United Kingdom. It was the subject of compulsory liquidation in Dominica's High Court of Justice.  In April, 2018, Antonov was arrested in Moscow, and charged with embezzlement at Sovetsky Bank, which was placed under government financial supervision.

The other former tenants at that office were two offshore banks, ASA Bank and Trust.and FGC Bank and Trust, both of whose licenses were revoked in 2016. Both banks were owned by Alex Nain Saab Morán, a Colombian national with close ties to the Maduro government in Venezuela, and whose name shows up as a holder of a diplomatic passport from Antigua & Barbuda. 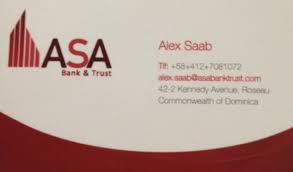 The Zuma Bank Mastercard we pictured in our last article about Zuma comes back to a Venezuelan bank, most likely one that has branches in Panama. The credit card firm that is processing the cards is believed to be located in Panama, and the website has the earmarks of Panamanian webmasters. Our  investigation into Zuma continues.