IF BRITISH OVERSEAS TERRITORIES WILL NOT ADHERE TO CORPORATE TRANSPARENCY, KICK THEM OUT THE DOOR INTO INDEPENDENCE 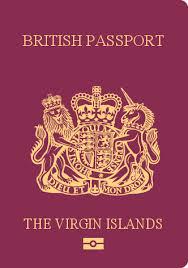 The British Overseas Territories, some of which have created a lucrative financial services industry in the Caribbean, that are only successful because it is prized by money launderers, tax evaders, and corrupt Politically Exposed Persons (PEPs), must now, due to new UK legislation, enter the world of corporate transparency in 2020. What could the United Kingdom do if they interpose delays, institute litigation, or simply decline, on bogus constitutional grounds, to implement reform ?

The answer could be painful to the residents of what might be labeled "British Uncooperative Territories;" unilaterally grant to whichever jurisdiction seriously interferes with the enforcement of the Anti-Money Laundering Bill independence. That island would then find that its new citizens no longer have visa-free entry into Western Europe, North America, and the Commonwealth of Nations, and the United States would finally have leverage to shut down, permanently, a system where criminal elements could hide behind the British flag.

Would the British Government have the strength to do this, to clean up the corporate secrecy mess it created by granting local autonomy to possessions with dysfiunctional, underperforming economies ? 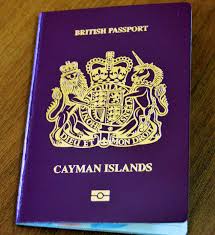 Any new Caribbean nation so created would find its British Overseas Territories passports no longer valiud for travel into North America, and without a US Embassy located there, would have to journey to Barbados to be interviewed, to obtain a visa to enter the United States. I would wager that Canada would also have a similar position towards any such disgraced former territory.

Perhaps those individuals in the Cayman Islands and the BVI who are loudly protesting the new corporate transparency law might want to think about the possible consequences of failing to adapt to the new reality; being kicked out the door into the totally unexpected world of independence.