UK PLANS TO REQUIRE TRANSPARENCY FROM ITS OVERSEAS TERRITORIES 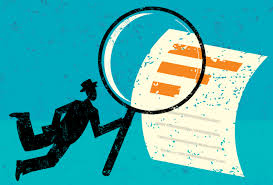 In a reversal of its previous position, the United Kingdom will soon require total public transparency, regarding corporate ownership, from all its Overseas Territories in the Caribbean, after Parliament acts on the proposed legislation. Offshore tax havens, located in the remaining British possessions, have for decades thrived, due to local laws that made corporate ownership completely opaque and secret. Lawyers from around the globe beat a path to their chanbers, to create corporations whose ownership could not be determined; This will all now change, as world opinion has shifted against the offshore secrecy industry.

The British Overseas Territories in the region, Bermuda, the British Virgin Islands, the Cayman Islands, the Turks & Caicos Islands, Anguilla and Montserrat, will all have corporate transparency by the end of 2020. It is believed that the legislation will easily pass in Parliament's House of Commons.

We are reminded, two years after the release of the Panama Papers, that the BVI was the corporate formation jurisdiction of choice for Mossack & Fonseca, who relied upon BVI opacity to conceal the identities of its tax evading, money laundering and corrupt PEP clients. Also, the BVI is the corporate secrecy choice of many of the financial services professionals working in the Cayman Islands, where global investment capital hides within the hedge funds domiciled there.

We shall update our readers when more information is available.
Posted by Kenneth Rijock at Tuesday, May 01, 2018