The law is clear: a money service business must have both a FinCEN, and a state license, to legally operate in the United States. That point was painfully brought home a couple of years ago in the Rosemont Financial Corporation case, which cost many Venezuelan businesses obscene fines and civil penalties, but it appears that one San Diego attorney failed to read any of the articles covering the matter. Richard Medina, Jr., Esquire, and a co-conspirator, have been charged with multiple Federal felonies, including money laundering, for operating an unlicensed money transmitter business from that city. They operated what can only be described as a full-service money laundering money transmitter.

It gets better; the defendants allegedly advertised that they could pick up six figure cash shipments, anywhere in the United States, and transfer the money globally, for clients who needed this money laundering service, with no questions asked about Source of Funds, or Beneficial Ownership of the cash. For the defendants, the customer was always right. Didn't this lawyer grasp the importance of an MSB license, or the AML/CFT laws and regulations for a money service business ?

The final insult to our intelligence: the money was funneled through the lawyer's IOTA account. IOTA, which stands for Interest on Trust Account program, applied to attorney checking trust accounts, which hold client's money short-term, and which exist to send the interest earned thereon to fund court-approved programs. Using an IOTA account to launder money is not only stupid, as they are routinely audited, but a personal insult to the state bar association, and the judiciary, which selects the programs to fund. We trust that the Court applies an appropriate term of imprisonment for this attorney; perhaps he can read up on the requirements for operating an MSB in the prison law library. 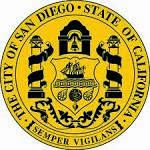