CARLOS THE JACKAL TO BE CHARGED WITH MORE MURDERS 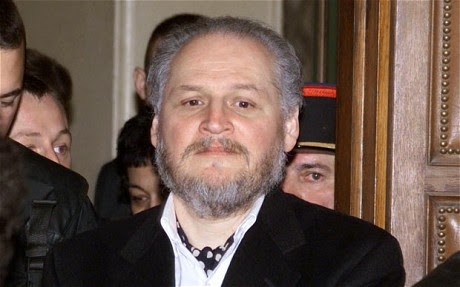 The Venezuelan terrorist, Ilich Ramírez Sánchez, more commonly known as Carlos the Jackal, is currently serving two consecutive life sentences in France, without the possibility of parole, for deaths which occurred as the result of terrorist acts he committed in that country. He has been imprisoned for the last 20 years, but the French Government has announced that it will charge him with two additional premeditated murders, committed in 1974. He will be tried, by an anti-terrorism judge, in a special court.
Posted by Kenneth Rijock at Thursday, October 09, 2014