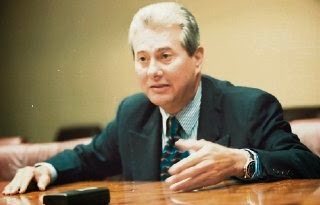 Back in July*, we reported on this blog that Ignacio Fabrega de Obarrio, a Director at the Superintendency of Securities, (SMV) had lost his position, and immediately accepted employment at Financial Pacific, a broker-dealer that was a target of a pending investigation conduced by Fabrega, prior to his leaving office. He claimed he was solicited by Financial Pacific forthwith.**

The Third Anti-Corruption Prosecutor's Office has now filed formal charges of Public Corruption against Fabrega. Apparently, there was evidence of improper contact, between Fabrega and Financial Pacific, that was discovered on agency computers. The case was based upon a  formal complaint, with evidence filed anonymously by member of the SMV staff.