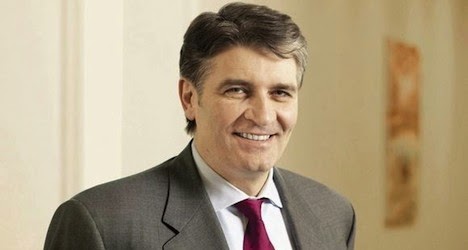 A trial, in progress this week in US District Court in Fort Lauderdale, Florida, against former UBS wealth-management head Raoul Weil, is revealing a sordid side of the bank's operation that it did not intend you to ever see. Weil is charged with conspiracy to commit tax Fraud. Using trade craft that could have been taken from a cold-war spy novel, UBS accounts executives visiting tax-cheating clients in the United States employed counter-surveillance techniques designed to thwart law enforcement investigators.

Testimony in the trial, which is scheduled to continue for several weeks, began today, and a key witness detailed some of the artful techniques employed by UBS customer relationship agent when they operated in the United States:

(1) The bankers stripped all references to client identities, as well as the bank's name, from customer statements.
(2) When visiting customers in the US, the UBS bankers lied on their US arrival forms, claiming that they were tourists, or visitors strictly for pleasure, and not business travelers covertly meeting clients.
(3) The bankers' business cards contained only their names, and mobile telephone numbers. One could not ascertain their employer, nor their title, from the cards.
(4) The bankers waited until they arrived in America to contact their clients about appointments, insuring that client telephone records had no calls from Switzerland.
(5) The bankers' laptops contained a second hard drive, which was automatically erased, should someone fail to properly enter the proper password at start up.
(6) The bankers were instructed to change hotel frequently, so as not to arouse suspicion, when meeting a number of clients in their hotel suites.

You can expect that the prosecution's witnesses, many of whom are former UBS bankers, will further illustrate the "spy tactics" used to interact with the Bank's American clients who were hiding their wealth in the bank. The net result will be a major black eye for UBS, as well as the Swiss banking system, for years to come. You can expect to see more cases like this in American Federal Courts, as it is estimated that there is $20bn in untaxed American wealth in Swiss banks.