VENEZUELA GOES OFF THE DEEP END: HUGO CHAVEZ AS A DEITY 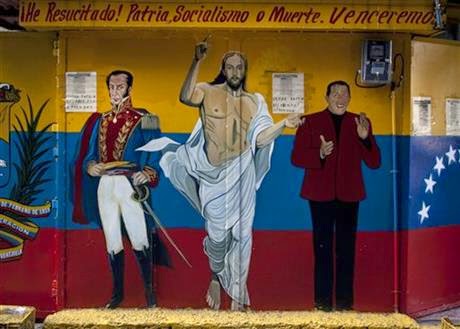 The Government of Venezuela is attempting to deify the country's late president, much like the cult of personality that one sees in North Korea. Hugo Chavez appears literally next to Christ and Simón Bolívar, Venezuela's most revered figures. Chavez' name has even appeared in a variation of the Lord's Prayer. Will Venezuela seek to beatify Hugo Chavez ? We cannot say, but any country whose nationals begin worshipping their politicians as gods bears watching.


This is one of those intangibles that you must figure in, when computing Country Risk for Venezuela. 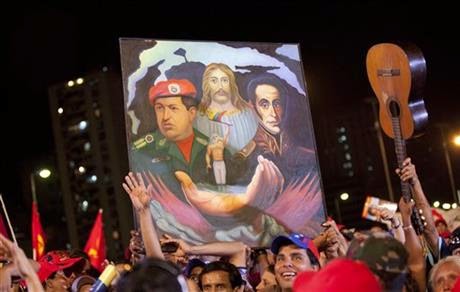