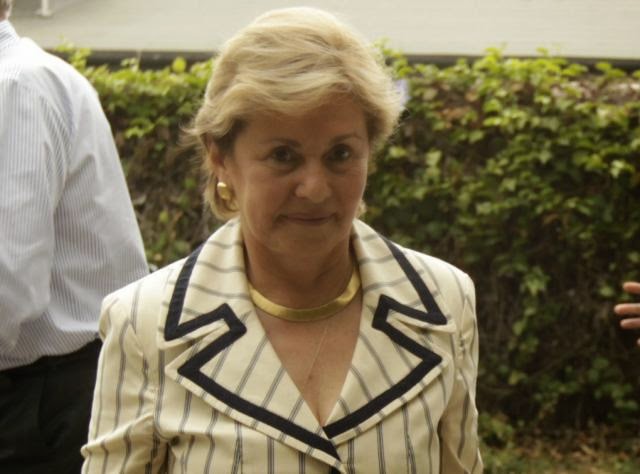 Yesterday, the former President of Panama, Mireya Moscoso, was the subject of an assassination attempt, which occurred at her Panama residence. Security forces fought off the armed attackers, who were attempting to enter her home. Two people were wounded, one member of the security staff, and a passerby. One of the attackers was also wounded, and he later died in the hospital.

The two assassins, who were Colombian nationals, arrived on motorcycles, according to local media reports. Panamanian President Varela thereafter paid a visit to the ex-president, who was a close associate of former Panamanian President  Ricardo Martinelli. Martinelli's involvement in the Financial Pacific insider trading scandal may be, in the opinion of experienced Panama observers, the reason for the assassination attempt. Ms. Moscoso is believed to be intimately familiar with the insider trading scheme, which illegally enriched many ministers in the former government, including Martinelli himself, and she could be a key witness in any criminal proceeding.
Posted by Kenneth Rijock at Friday, October 17, 2014