IS IT TIME FOR THE EU TO ERECT THOSE CUSTOMS BARRIERS AT THE SWISS BORDER AGAIN ? 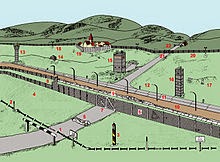 In what must be the absolute height of arrogance, the Swiss Government fined one of its nationals* for violating the country's bank secrecy laws. Trouble is, the man, who was a cooperating witness in the American UBS case involving Swiss bankers who entered the US to assist American tax evaders, was himself a criminal defendant whose guilt was adjudicated, and who was punished for his crimes. He frankly had no choice but to cooperate, given that he has immediate family residing in the US. Switzerland is trying to tell the US and the EU that it is cooperating, and it goes and burns a Swiss national, one of their own, for doing do ? The original purpose of the Swiss laws, hiding money from the Nazi regime, no longer exists, and, in a post- 9/11 world, things have to change.

It is high time that the archaic Swiss bank secrecy laws be abolished, and the two trillion dollars of "flight capital", much of which is untaxed wealth, and some of which is dirty money, be repatriated to the countries of origin. Failing that, let us remember that Switzerland, which has chosen not to be a member of either NATO nor the European Union, is not critical to the economies of Western Europe.

For good cause, preferential customs and immigration benefits extended to Switzerland can be revoked. Shall we put up the customs barriers again, or will Switzerland kindly join the rest of the financial world, and abandon its position as a shelter for tax cheats, corrupt dictators, drug barons, and terrorist financiers ?