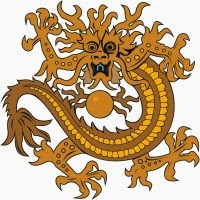 The Peoples' Republic of China has been advocating the formation of a new regional development bank, to meet the upcoming needs of Asia, but its proposed Asian Infrastructure Development Bank could become an illicit source of income for corrupt Politically Exposed Persons, both within and without China.

China is reportedly pressuring both South Korea and Australia, both major trading partners, to sign on, though the United States, which feels that the World Bank, and the Asian Development Bank are sufficient to meet the financial challenges that Asia will present, opposes the concept. It has not escaped US officials that a new development bank, existing under Chinese auspices, might exert powerful influence over the countries of Southeast Asia.

My problem with this new Asian development idea is the well-founded fear that it will feed the avarice of China's corrupt PEPs, who could prevail upon bank staff, which will certainly include Chinese members in its leadership, to award loans, in exchange for the covert payments of bribes and kickbacks from borrowers, since this type of corruption is rampant in China, and the new bank may even grant loans, which will never be repaid, to companies beneficially owned by the "princelings," the sons and daughters of Chinese leaders.

Even with checks and balances, a certain level of corruption exists at the World Bank, as well as the ADB. Imagine a development bank run by members of a system where bribes and kickbacks, to senior officials, their family members, and their controlled companies, are the norm. I shudder to think of the consequences.

It could even get worse; PEPs in countries outside of China could be encouraged to participate in sham transactions, the sole purpose of which would be to disburse funds to PEPs in other countries, with front companies, where the qualification for loans was arranged, for monetary consideration. In short, a new regional development bank could further enrich the growing class of wealthy, but corrupt, Chinese PEPs. Let us hope that it never becomes reality.
Posted by Kenneth Rijock at Saturday, October 11, 2014