WILL PANAMA'S NEXT PRESIDENTIAL ELECTION BE FIXED ? 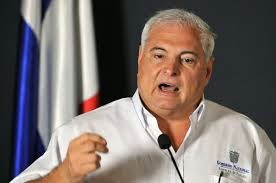 The recent announcement, to the effect that the individual who managed the last three successful presidential campaigns in Venezuela has been engaged to run the campaign being overseen by Panama's current president, Ricardo Martinelli, is extremely disturbing. Martinelli has all but declared that he will run Panama from the sidelines, after he leaves office, and he has promoted his wife for vice president.

If the truth be known, the reason that Hugo Chavez, and Nicolas Maduro, were elected to Venezuela's highest office, is a combination of massive voter fraud, election place misconduct, and software designed to fix the elections, in the favor of the Bolivarian candidate. A Martinelli nominee is not the best choice for Panama's future, especially with the Lavitola corruption investigation in Italy expanding, with allegations that government officials are involved in cocaine trafficking into Europe, and the rampant drug money laundering that the Martinelli administration has permitted.

Martinelli, who was elected as a reformer, fell quickly into the quicksand of corruption and mismanagement of government funds; he needs to be replaced by someone who can truly clean up the corruption in the court system, terminate the government officials who allow Panama to remain a major money laundering center, and finally, start arresting the seventy-five individuals, mostly Venezuelan nationals, who are practicing their dark craft openly in Panama.
Posted by Kenneth Rijock at Wednesday, March 19, 2014