WHEN IS A RUSSIAN NOT A RUSSIAN ? ANSWER: WHEN HE IS A KITTITIAN, THANKS TO THE ST.KITTS CITIZENSHIP INVESTMENT PROGRAM 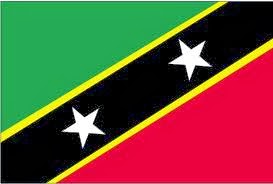 Back in the Miami Vice days, one of my French clients gave me passport photographs, taken on a trip to Panama, he said of a number of his associates, and asked me to obtain St. Kitts economic passports for the lot. When I took a good look at the photos, and saw that they included some of the then-leaders of the Medellín Cartel, I promptly threw them in the nearest garbage can, and for that reason, I am alive today to tell the tale. when the client asked for a status report, I responded that his associates would not be able to obtain  clean police records in their native country, wherein he responded that St. Kitts would accept their affidavits of good conduct. His indictment on narcotics trafficking charges shortly thereafter rendered the issue moot.

The Federation of St. Christopher & Nevis has offered citizenship through investment for decades, as have other independent Caribbean nations which were formerly British Overseas Territories. Rumors have floated around the hemisphere of Russian organized crime figures, buying high-security residences in Basseterre, and in more remote locations in St. Kitts, conducting their banking in a secluded private floor, at a local bank.

Why a former British Caribbean possession ? Such jurisdictions, being members of the Commonwealth of Nations, enjoy visa-free travel in the EU, and a hundred other countries. Try attempting that with a Russian passport.

The more imaginative applicants can try to effectuate a minor variation on their name, claiming a transliteration from the Cyrillic alphabet to the Roman, or delete the patronymic. Whatever it takes to deceive immigration officers holding arrest warrants for your Russian identity, gentlemen. Be innovative and inventive with the process, and you may have sufficiently obscured your identity to fool    even the UK Border Agency. 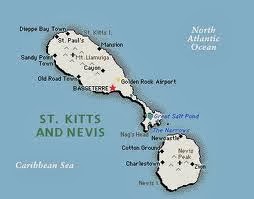 A word to the wise; when examining a passport for a prospective bank client, if he or she is from a country that offers economic passports, check out the place of birth. Was the individual born in his "native" country, or is he solely an artful dodger ? Does he have an accent that would indicate that he is a West Indian ? Is he a Caucasian, living in a country where native-born Caucasians are relatively rare ?

All these issues should sensitize you to any prospective client who hails from a country where one can buy his or her way into citizenship.
Posted by Kenneth Rijock at Sunday, March 02, 2014