If you look closely at the photos of the government's agents shooting peaceful Opposition protesters in the streets of Caracas, the Taurus handguns illegally imported into Venezuela by the Bolivarian regime* figure prominently, as their sidearm of choice. While there are no publicly-available statistics on the caliber of bullet taken from the bodies of the deceased, rest assured that many of the lethal projectiles were 9mm rounds, which are fired by the Taurus knockoff version of the Beretta, that was distributed to the motorcycle-borne assassins.Venezuelans were prohibited from possessing firearms in public in 2012, but these characters were the sharp point of the governmental stick. 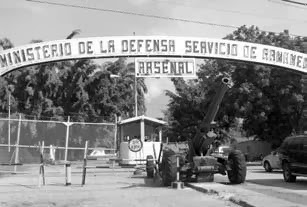 Readers from Venezuela and Brazil have been asking how the controls on international distribution of 9mm pistols were successfully circumvented. Insiders have declared that the unassembled components of the weapons were shipped, to different recipients, and then delivered to the governmental arsenal, where they were received by the entity best known by its acronym, CAVIM, meaning Compañia Anónima Venezolana de Industriales Militares,  and where the illicit weapons were quietly assembled. 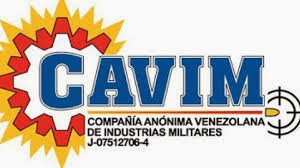