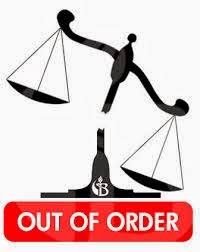 Four judges of the Supreme Court of Panama have been criminally charged with fraud, intimidation and interference, after they allegedly leaned on another judge, to dismiss charges against a company that blocked the distribution of La Prensa newspapers containing a story about the role of President Martinelli in the massive Finmeccanica corruption scandal. Charges, which include influence peddling, and abuse of authority, directly point a finger at the President of the Court, José Ayu Prado.

Panama's Minister of Tourism, Salomón Shamah, was also charged. Shamah, a controversial figure who has been linked to arms and narcotics trafficking in Colombia, had his US Visa revoked several years ago. He reportedly is associated with Panama's powerful organized crime group, which is composed mainly of individuals of Middle Eastern background or heritage. They are said to virtually control criminal activities in the Republic, and to wield influence in all the local government agencies.

The charges filed against the Supreme Court remind us of the depth to which corruption has sunk in the Republic of Panama. I have often reminded our readers that the rule of law does not exist in the Panamanian court system, and they cannot depend upon a fair shake there, should the need arise to seek judicial relief to enforce rights and obligations. Court corruption is a major factor in Panama's high level of Country Risk.