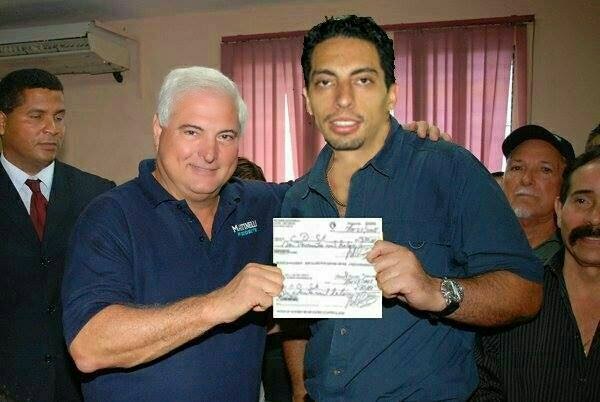 Latin American media outlets have published a photograph of convicted Colombian Ponzi schemer, David Eduardo Helmut Murcia Guzmán, with the President of Panama, Ricardo Martinelli. Murcia reportedly laundered much of the three billion dollars he took from his victims in Panama, and Panama insiders have pointed to Martinelli's supermarket chain as one of the recipients of the illicit profits, which was brought in on speedboats, literally damp with seawater on arrival.

The exact extent of the relationship between the Ponzi schemer and the president remains a mystery, but Murcia, now reportedly in WitSec, the US witness protection program, allegedly is seeking the return of billions of dollars, all stolen from him by sleazy Panamanian businessmen, when he was arrested and extradited to Colombia, and later the United States. Details of Martinelli's role are presently unknown, but if he is in possession of some of the master Ponzi schemer's wealth, he may have to deal with it, when his presidency, and the immunity that it confers, ends.