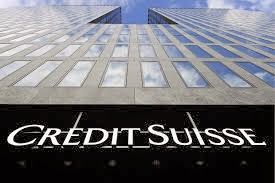 Andreas Markus Bachmann, the former Credit Suisse Relationship Manager/Asset Manager who was part of the bank's program of serving affluent Americans, who were engaged in cheating the taxman, has detailed his money laundering tactics, in connection with his guilty plea* to the charge of assisting them in tax evasion. In a stipulated Statement of facts, Bachmann admitted to committing most of the money laundering techniques that we expect to find laundrymen, not bankers, engaging in.

(1) Bachmann structured (less than $10,000 each) wire transfers into the United States, so that there would be no mandatory reporting requirements, when his clients took cash.

(2) He paid his American clients using correspondent accounts of Credit Suisse located in financial institutions inside the United States.

(3) He visited his clients in the US, and showed them their account statements, discouraging them from
requesting, or taking possession of the hard-copy of their statements.

(4) He formed companies in offshore tax havens, and employed those front companies as account holders.

(5) he managed his client's accounts from an entity located physically outside the bank, and independent of the bank.

(6) He filed false W-8BEN forms, knowing that the information on Beneficial Owners was false.

(7) He provided investment advice to his American clients inside the US, even though he was not licensed by the Securities and Exchange Commission.

(8) he employed the classic money laundering technique known to me as the "swap," whereby illicit funds of clients, that are located in the US, and which the clients wish to covertly move offshore, are
given to other clients, who already have funds offshore, and need onshore cash. The accounts in Switzerland are later adjusted to reflect the transfer. It is an American version of Hawallah, and does not involve any risky bulk cash smuggling, but the results are the same.

(8) He met with his US clients in Toronto and Vancouver.

Bachmann was intercepted at JFK International Airport, attempting to smuggle $50,000 into the country, for a bank client. He is the first of seven Credit Suisse bankers reportedly involved in what can only be described as organized tax evasion, and charged in the United States.

When William Dudley, the president of the Federal Reserve Bank of New York, says that there is evidence of deep-seated cultural and ethical failures at many large financial institutions, it is obvious that one of his targets was the morally bankrupt Swiss banking system. Just how far the US Department of Justice is prepared to go, to shut down Swiss facilitation of American tax evasion, remains to be seen. Recent Swiss dilatory tactics appear to be working. Will the Attorney General now fast-track the investigations, and obtain indictments of Swiss financial institutions, and the the senior officers inside them ? Take off the gloves, please; it's been long enough.