WILL BOKO HARAM FORCE A PARTITION OF NIGERIA, AND WHAT IS THE ROLE OF JAIZ BANK ?

Any objective assessment of the deteriorating security situation in the northern region of Nigeria must consider the risk that the certain elements in the Muslim-dominated north, in conjunction with Boko Haram, will attempt, sooner or later, to either secede from the Federation, or force a political settlement, ending in partition, employing expanded BK terrorist operations as the catalyst. Northern Governors are said to be involved in seeking a political solution to the national crisis, which would involve secession. This week's attacks in civilians belie governmental claims that Nigeria's military has BK on the run, and there is an increasing inability of security forces to protect the public. 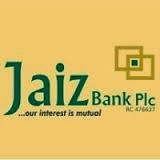 The formation, by bankers from Jeddah, of Jaiz Bank PLC, as an Islamic bank, in 2011, could be part of a coordinated plan to create an Islamic financial infrastructure in the region, so that it could support a de facto, or independent, state, to emerge later. The bank, which has been extremely well-funded, from outside sources, has rapidly expanded, from three to fourteen branches, in a year, notwithstanding that it only has a small portion of the domestic financial industry, and showed an operating loss.  Jaiz, the first non-interest bank in Nigeria, has already sought to expand its reach, from regional into a national, role. What's the hurry, gentlemen ?

The question persists; is Jaiz Bank being groomed to become the functional equivalent of a central bank, in a future, Islamic Republic of Nigeria ? The geopolitical consequences of the creation of such a state, and the probable expansion of Boko Haram, into other states of West Africa, are extremely disturbing, both for African Christians, and for regional peace. 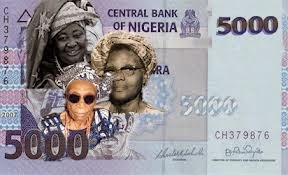