IS THE CRIMEA SITUATION RELEVANT FOR COMPLIANCE OFFICERS ? 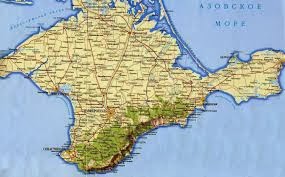 If you are a compliance officer charged with assessing, and updating, Country Risk, for your employer, the Russian takeover of the Ukrainian Autonomous Province of Crimea should have caught your attention. It is relevant, not just for the purposes of raising Country Risk on the Ukraine, & on Russia itself, but to alert you to new regional risk issues.

The United States, which has sent token additional military support, including operational US military units, to both the Baltic countries, and to Poland, is paying attention to the increased risk. No European country has occupied sovereign territory of another since the Second World War, but Russia has taken territory in Asia, in both Georgia and Moldova, ostensibly to protect Russian nationals. Adolph Hitler used that excuse to occupy the Czech Sudetenland in the 1930s, and we all know what the ramifications of that act were; a European conflict that became a global war.

Though the risk of an actual war is remote, minor incidents could occur, and the consequences would be severe from an economic standpoint. Therefore, watch the entire Eastern Europe region closely, and be prepared to increase Country Risk, across the board, should events ensue.
Posted by Kenneth Rijock at Sunday, March 09, 2014