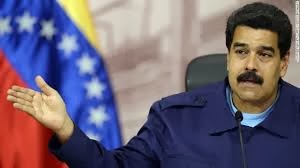 The Government of Venezuela has abruptly broken all diplomatic, trade and cultural relations with the Republic of Panama, in what can only be described as another feeble attempt to assign blame for the country's current crisis to a third party, in order to divert attention from the issues at home. Venezuelan President Nicolas Maduro was especially critical of Panamanian President Martinelli, accusing him of being a "lackey" for the United States, whom Maduro has consistently accused of instigating what he has described as destabilizing activities inside Venezuela. Panamanian authorities have denied the charges as being totally bogus, and insulting.

Inasmuch as no evidence was produced by the Government of Venezuela, in support of its allegations, most Venezuela watchers have seen this as merely a desperate act to blame external forces for the chaos in the streets of Caracas. No factual basis for the charges of Panamanian interference in Venezuela have been proffered, nor has there been any news verifying the allegations.

It is noteworthy that Panama's relations with Venezuela's ally, the Republic of Cuba, have recently soured, ever since a Panama Canal-bound North Korean freighter was seized by Panama, and found to be carrying undeclared, and illegal, military cargo. Fighter jets hidden on that ship were known to be destined for Ecuador, to be part of a false-flag military operation, conducted by Venezuelan agents with Cuban assistance, to discredit the Venezuelan Opposition.* Other military material was reportedly destined for the FARC**.