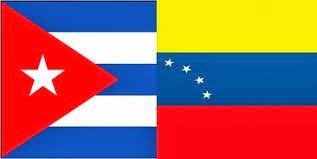 The Cuban Government is reportedly preparing for an armed conflict in Venezuela, according to reliable sources. This information comes from Opposition elements inside Cuba, and from exiles abroad who actively solicit strategic information about developments from contacts within the island nation, and elsewhere.

Regarding the ongoing shipment of oil from Venezuela to Cuba, the Cuban Government has completely filled all its oil storage facilities, including its military, as well as strategic, reserves, in anticipation of the total termination of oil shipments. The loss of Venezuelan oil imports will have a major effect upon the Cuban economy, due to the current barter arrangement through which Cuba receives oil. It is also believed that Cuba sells off a small portion of the oil it obtains from Venezuela, in regional markets, to obtain hard currency. The loss of Venezuelan oil can be compared to the economic impact upon Cuba that occurred when the Soviet Union dissolved, and with it millions of dollars in annual financial support. it will devastate the country.

The most disturbing development is the alert, served upon specific members of the military reserves with combat experience, in six of the country's administrative regions. The call-up was for reservists under age of 50. If you were wondering why the high age limit, Cuban troops have not served in battle in Central America or Africa for the last 20 years, and eligible soldiers from those conflicts would be at least 35 years old at this time. Soldiers who have been notified, but will not be available or eligible, have reportedly been ordered not to disclose the details of the alert.


Taken together, one must assume that the Cuban Government is bracing for what it regards as an inevitable armed conflict in Venezuela, and plans to keep the Maduro regime in power, through any means available to it. This information should be taken as additional evidence that the dysfunctional Venezuelan economy could soon suffer a total meltdown, as the result of widespread armed conflict in Venezuela. Foreign investors, and foreign financial institutions with exposure there, could experience a catastrophic loss.

Please note also that the Cuban economy, without its Venezuelan support, could crash hard, impacting foreign investment in its growing tourism industry. Country Risk for both nations would ascend into the level of unacceptable risk.