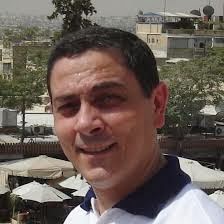 The District Judge in Richard Chichakli's criminal case has granted his request, and assigned him new standby counsel. The defendant, who is representing himself Pro Se, has a number of post-trial motions still pending. he will not be sentenced until the motions are resolved.

Chichakli had complained to the Court that his court-appointed standby counsel had failed to visit him since his conviction after a jury trial. He is expected to appeal his conviction to the Second Circuit, and navigating the procedural landscape of the Federal appellate process will require the guidance of an able professional.

The case is being closely followed, due to his close relationship with convicted arms trafficker Viktor Bout; Bout was a co-defendant in his case, but cannot be tried for procedural reasons; he was not extradited for this case.