WILL AMERICA SANCTION THE BANK OF VALLETTA ? 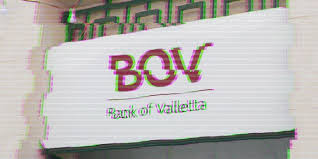 This week's announcement by the Bank of Valletta, that its depositors will be losing their Mastercard brand credit cards, but will have the ability to acquire VISA cards, may not have been entirely truthful. I have had personal experience with Mastercard management in high-risk jurisdictions, and the company is known to be properly, risk-adverse when it comes to such situations. Was this really Mastercard's decision to close out BOV customers use of their product, and the information released was merely a public relations spin ?

While we are on the subject, it is known that America's Financial Crimes Enforcement Network, more commonly known as FinCEN, is investigating Malta's financial structure; FinCEN could issue an Advisory on BOV, which would most likely drive customers out of the bank in droves to its competitors. It could also send its evidence and recommendations to its sister agency, OFAC, the Office of Foreign Assets Control, whose powerful ability to impose sanctions upon the bank, which would cut off the banks from the American financial system altogether, would amount to a death sentence.

While financial observers might claim that the bank is "Too Big to Fail," its abysmal track record on Anti-money Laundering, and its repeated failure to address all AML/CFT issues since they were exposed in 2015, when coupled with the inability of the European Central Bank (ECB) to enforce its laws and regulations, may justify sanctions. While it was never publicly released the ECB's confidential report on BOV is said to be scathing, roasts management and officers as corrupt and incompetent,and demands AML reform.  You can believe that FinCEN has that report in hand, which cites offshore gambling, ship registration, and listing Citizenship by investment passport holder clients as "Maltese," to justify their low-risk status, among the bank's many shortcomings and deficiencies. As a former compliance officer, the bank's facilitation of Pilatus Bank's massive money laundering is sufficient grounds to justify sanctions.

As an alternative to American sanctions, which we assume will be fatal to its global operations, we should also mention that returning the bank's ownership to its original National Bank of Malta shareholders, is also a solution. One of Malta's greatest continuing injustices was the nationalization of the bank, under bogus grounds, by the radical Socialist Prime Minister Dom Mintoff, under whose autocratic rule the country existed as a dictatorship, bent on reducing the influence of oldline Maltese families, who owned most of the bank. Some legal authorities have labeled Mintoff's act of nationalization as an illegal Crime Against the State; European historians may agree that it was a gross injustice based upon Mintoff's Anti-Colonialism.

For decades, Malta's corrupt courts have delayed dispensing any justice to these original NBM owners, a fact that has not escaped the notice of the other members of the European Union. Perhaps returning BOV to its rightful owners, obviously through a method outside the Maltese courts, so that capable operators can manage the bank's affairs, rather than the present officials, who, according to the ECB,  deserve a grade of "F" in Anti-money Laundering and Countering the Financing of Terrorism.

In any event, something's got to be done. Will it be the painful imposition of sanctions, or some other solution ?