JUST WHAT AMERICAN COMPLIANCE OFFICERS NEED, A NONSTOP FLIGHT TO THE MONEY LAUNDERING AND CORRUPT CBI DICTATORSHIP OF DOMINICA 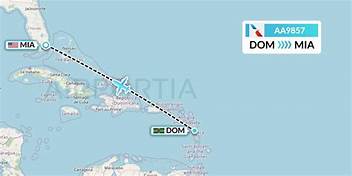 We call it the Law of Unintended Consequences; an American (no pun intended) aviation company announces that it will be offering nonstop flight between the United States and the Commonwealth ( again, no pun intended) of Dominica. The American Airlines flights, which will commence during the Winter Caribbean tourist season, while allowing Americans and Canadians on holiday to more easily access Dominica's beautiful tropical climate and all the attractions that make a visit memorable, it will also assist in much darker endeavors.

What types of bad acts, you are asking ? Try money laundering, official corruption, violations of the American Foreign Corrupt Practices Act & the UK Bribery Act, and many other financial crimes connected to Dominica's Citizenship by Investment (CBI) Programme, which allow international financial criminals to purchase, for cash, Dominica passports and citizenship, which allows visa-free access to Europe, and other lucrative targets for financial crime.

At least before, Dominica-based transnational criminals who had US dollars, either in bulk cash, or in financial instruments, were required to travel by way of a third Caribbean country. Now, compliance officers at Miami-area banks will have to alert their front-line staff that illicit deposits originating in Dominica may cross their paths, and Enhanced Due Diligence will be necessary forthwith, to rule out the placement of illicit funds.

Also, given the underground programme involving the cash sale of diplomatic passports by Dominica PEPs, which is widespread, it is possible that the Proceeds of Crime may enter the Continental United States without US Customs inspection. It only takes one US Government employee at the functional equivalent of the border at MIA to presume a diplomatic passport holder is the real McCoy, and admit him or her without further inquiry or Secondary Inspection. 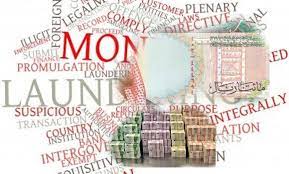 Let this article serve as fair warning to American compliance officers: the Dominicans are coming, and some of them are not what they appear to be. Stay alert, please. They have a lot of dirty money to clean.

Oh, and don't expect US law enforcement to reign in all that money laundering, FCPA violations, human and civil rights violations, corruption, and sundry other international financial crimes, for the Department of Justice has studiously avoided charging any PEP from Dominica for the last two decades, when the current corrupt administration came into power. There must be some senior US Government official afraid of the political fallout in the Caribbean, should any guilty PEP be indicted for money laundering.