Our sources are saying that Malta is rife with rumours that a snap election will be called by the Labour Party before Christmas. As grounds to support that theory,  on the 6th of January, the trial by jury of the botched 2010 HSBC head office heist will commence. CHRIS CARDONA and  CARMELO ABELA's involvement will most certainly be brought out by the defence attorneys in the case, and the anticipated adverse publicity could cost the ruling Labour Party the election.

Cardona has been residing in Dubai for some time, where he has set up an office, though he reportedly is not admitted to the practice of law in the UAE. Whether Abela will be arrested as the consequence of the HSBC trial testimony has been the subject of discussion in recent months. 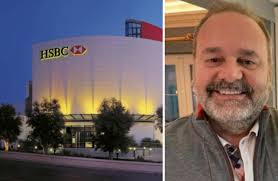 November would be the last available month, before the Christmas holiday season interferes with any possible election, and that is the month most often mentioned. Will Abela leave Malta before the HSBC trial ? We cannot say, but we will be watching.