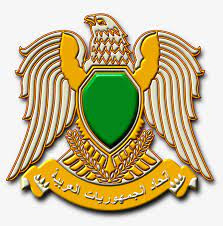 If you were thinking that nobody is paying close attention to what's going on in Libya, consider this case. Two Americans from Florida were convicted attempting to sell and deliver advanced (and strictly prohibited) military equipment to Libya. This alone demonstrates that the United States law enforcement community is closely monitoring what Libya is seeking to acquire.

The items have military application for use in Special Operations. Whether the US feared that Libya would transfer the technology to Iran, whose IRGC Quds Force would be my best guess for the end user, must be considered. The special relationship with Iran, of certain Libyan factions, is a direct threat to Western interests in the Mediterranean and North Africa.

Here is an excerpt from the USAO SDFL Press Release:

According to court documents and evidence presented at trial, Peter Sotis, 57, of Delray Beach, and Emilie Voissem, 45, of Sunrise, participated in a scheme to cause the illegal export of rebreather diving equipment to Libya in August 2016.

Rebreathers enable a diver to operate undetected for long periods of time underwater by producing little to no bubbles and by efficiently re-circulating the diver’s own breath after replacing its carbon dioxide with oxygen. Because of these enhanced capabilities, rebreathers have a dual use, with both civilian and military applications, and are specifically included on the Commerce Control List, which is the list of dual use items that are export controlled and licensed by the U.S. Department of Commerce, Bureau of Industry and Security (DOC-BIS). Such restricted items require a DOC-BIS license if the rebreathers are to be exported to any countries with national security concerns, such as Libya.

The defendants were warned that it was illegal to export the items to Libya without a DOC-BIS license and they willfully attempted to export those items after receiving an instruction from a Department of Commerce special agent that such items were detained and not to be exported while a license determination was pending. The exhibits and testimony at trial showed that the defendants lied to and misled Ramas LLC, a shipping company in Virginia, about what the DOC-BIS agent had told them and about whether the rebreathers had a military use. Testimony at trial also showed that Sotis threatened a government witness not to cooperate with the federal investigation.

Sotis and Voissem were both convicted of conspiracy to violate the International Emergency Economic Powers Act (IEEPA), attempted violation of the IEEPA and smuggling. Voissem was found not guilty of making false statements to a federal agency.