BUY A DOMINICA CBI PASSPORT AT YOUR LOCAL IRAQI SUPERMARKET

Just when you thought that the sellers of Citizenship by Investment (CBI/CIB) had stooped to new lows, it gets worse. Instead of "legal experts" advising prospects about the advantages of acquiring a passport and nationality that allows anyone to enter Western Europe, no questions asked, you have individuals appearing to act like used car salesmen hawking Dominica CBI passports outside their bloody supermarket.

When you can pick up a convenient nationality whilst purchasing wine & cheese for lunch, you know very well that there's absolutely NO DUE DILIGENCE performed on the applicants. What a cruel joke being played on the world's bankers, who now cannot tell where their new clients actually were born, or really live. 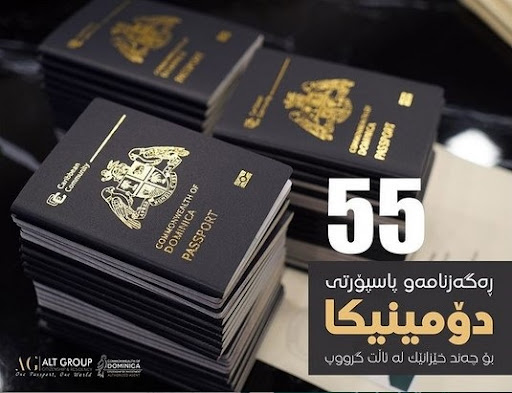 Look at what we can only describe as a vendor selling what appear to be blank Dominica passports. The CBI programme, as it was created, requires applications, vetting, and ultimately, the issuance of a passport to qualified applicants. never were passports available, reportedly in blank, with entry stamps for the United Kingdom already inscribed. How on earth were these passports already processed at Heathrow ?

If there is another explanation for these photographs, we would certainly like to hear it. Apparently, the vendor is selling Dominica CBI passports all over the Middle East. How can he actually have passports, when they are not supposed to be issued until after the approval process is complete ?

Based upon what these illustrations show, compliance officers at international banks must now consider black listing all Dominica passport holders, for account opening purposes, until and unless the issues raised here have been corrected, and evidence of such remedial action published by the Government of the Commonwealth of Dominica. Until then, the level of risk is simply too high to be assumed by a financial institution.