THE TALIBAN AND TERRORISTS ARE COMING TO THE CARIBBEAN AND THE EUROPEAN UNION, THANKS TO DOMINICA 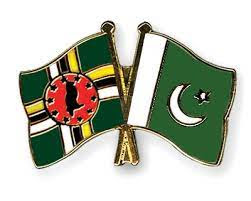 The Prime Minister of the Commonwealth of Dominica is in Pakistan, to mark the opening of a Pakistani medical school in Dominica. Add to this the opening of a CBI consultancy in Pakistan, which will facilitate the sale of Dominica passports and citizenship to Pakistanis, the Taliban, and any global terrorists that decide they need a passport that offers visa-free EU entry, and you have a perfect storm for disaster for the nations of North America and Europe. A clear and present danger now exists, but it is not being responded to.

Why is the United States pointedly ignoring Dominica, which has become a center of Communist Chinese influence. Now, adding the distinct possibility of terrorists, armed with Dominica passports, coming to the Caribbean, and the new nonstop American Airlines flights from Dominica to the US, and the risk of terrorism within the American homeland has increased exponentially. What's wrong with this picture ?

I don't know who is in command at the US State Department, at the Caribbean Desk, but they are certanly asleep at the switch. Do we want Taliban agents in the Caribbean, Chinese warships plying Caribbean waters, and God know what other real nightmares Dominica has in store for us ? I doubt it. Someone at State needs to wake up.

Most American are not aware of this, but military officers from East Caribbean states are being trained at Chinese military academies; China has supplied Dominica's paramilitary police with weapons and armored cars. When Cuba threatened to overwhelm grenada, the US stepped in with an invasion, but now American is seen as a toothless paper tiger in the Caribbean. What will happen now?