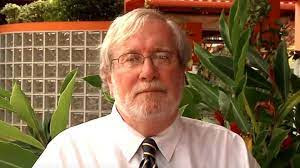 If you were wondering why there have been so many  delays in the sentencing in the money laundering case against Professor Bruce Bagley, the senior academic authority on Colombia and narcotics trafficking, it's fairly obvious that he is to be one of the principal witnesses against his former client, Alex Saab Moran, the Colombian money launderer who is the principal laundryman for the Venezuela's Maduro regime. Saab Moran, as you know, was recently extradited from Cape Verde, and is to be arraigned in Miami on November 1st.

While Professor Bagley is currently scheduled for sentencing next month, and he is likely to benefit from a 5K1.1 Motion by the Government, so that his sentence will be below the Guidelines previously calculated in hi case, he will, if Saab chooses to go to trial, testify against him, which could result in a Rule 35 motion to reduce an already short sentence.

In essence, he could get the proverbial Two Bites of the Apple; two sentence reductions, once at sentencing itself, and once within a year after it, providing that the Government chooses to make such a motion. On the other hand, if his sentence is only around 24 months, there may be a decision made at the US Attorney's office that to reduce it further might send the wrong message to others who could be tempted to violate the US anti-money laundering laws. This might be considered insufficient deterrence to the public. They may want him to serve the sentence the Court gives him, all of it.

Of course, we are wondering whether Professor Bagley's testimony in open court will place him in danger of payback from Saab's associates in Venezuela. Whether he, and his family, will eventually end up in the Witness Protection Program (WitSec), as a result, is a distinct possibility.

On a personal level, I am still trying to figure out why he chose to expose himself to criminal prosecution by acting on behalf of a known money launderer who was under active investigation in the United States. What on earth was he thinking ?