VENEZUELA'S PRESIDENT MADURO, DESPERATE TO KEEP ALEX SAAB MORAN OUT OF AN AMERICAN COURTROOM, APPOINTS THE FUGITIVE A DELEGATE TO POLITICAL TALKS WITH THE OPPOSITION 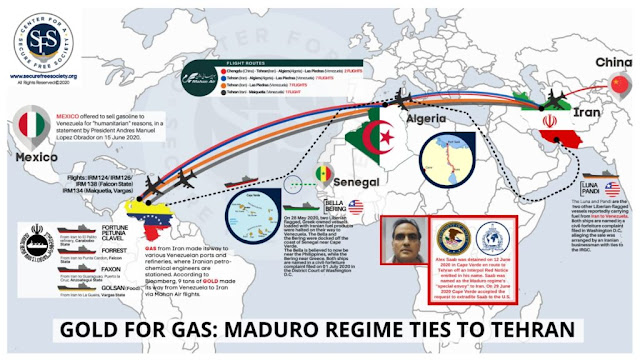 Some time in the next few days, Alex Nain Saab Moran, who faces major money laundering charges in US District Court in Miami, will be extradited from the Cape Verde Islands, where he was detained whilst en route to Iran from Venezuela. Alleged to be one of the world's most prolific international money launderers, and a close associate of Venezuelan President Nicolas Maduro, The Venezuelan Government has resorted to an unusual tactic to keep him out of the United States.

He was named  a delegate to the pending political negotiations with the Venezuelan Opposition, which are being held in Mexico, under the supervision of the Government of Norway. Maduro must think that the US Government will jump at the chance to assist the Venezuelan Opposition, and pass on getting personal jurisdiction over Saab Maduro.  It is clearly a desperate move, but the chances of success are extremely small. Saab has information about most of the global financial crime orchestrated by Venezuela, and his arrest is a priority.

Don't expect to see Saab go free from Cape Verde. He is too important a catch for the Department of Justice, and can implicate Maduro and many other senior government officials in Venezuela, as well as western Hemisphere-based terrorist financiers supporting Middle East global terrorist organizations, including Hezbollah and Hamas. The US is not about to let him go for a political negotiation where the chance of a successful outcome is  small at best.