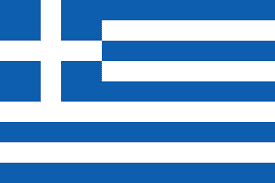 This article appeared today in The Press Project.  We have translated it from the original Greek. All emphasis is that of the author.

The case of the murder of Maltese reporter Daphne Caruana Galizia, which shocked Europe and brought to light the entanglement, the corruption network and the ways of money laundering in Malta, continues to have its Greek part, which concerns the public witness Maria Efimova, source of the murdered journalist, who found asylum in our country.

Maria Efimova, a former employee of he Maltese bank Pilatus, who was being investigated by the murdered reported Daphne Caruana Galizia, was one of the key people in exposing the corruption, which involved a large number of people, with Prime Minister Muscat first. Maria Efimova testified in condition of anonymity, for a case that turned out to be literally murderous. The terms of anonymity were not met. Just one day after her testimony, the whole planet saw her name, her face, and her address published in the press.

The information had leaked through the prosecutor's office. The consequences for the woman who risked her life to get justice did not end there; her dismissal followed, and a global chase for her and her family ensued. She left Malta for Greece, shortly before the assassination of Galizia, and the discovery of one of the key witnesses "self stabbed', with multiple knives, while he was being transported to a secret location, and was under 24-hour police protection.

While in Crete, Maria Efimova and her family were already receiving threatening telephone calls. Their regime of insecurity followed in Greece as well. That is why in March '18, she presented herself at a police station in the center of Athens, asking for protection. the Greek authorities, finding that two arrest warrants were pending against her, from Malta and Cyprus, arrested her. In June 2018, the Supreme Court MADE THE HISTORIC DECISION NOT TO EXTRADITE TO EITHER MALTA OR CYPRUS. It was an exceptional and important moment for Greece, which showed that it respects the institution of whistleblowers and protects them. The decision, however, covered only Ms. Efimova herself. So,since they could not hit her, they hit her family.

On November 17, 2020, her husband, Pantelis Barnabas, was arrested because a Cypriot arrest warrant had be issued, with strange accusations - they are actually involving him, transferring part of it to the wife of the individual indicted. he appealed to INTERPOL, which will be considered within the next month (October 2021). As for the RELATIONS BETWEEN MALTA AND CYPRUS on specific issues, they have already been recorded by international research.

Despite the fact that his request is pending, tomorrow, Friday, a trial has been set, and Mr. Barnabas will be brought before the Greek court, seeking to postpone the case, which must be done after the examination of Mr. Barnabas request, by INTERPOL and the reasonably expected cancellation of the arrest warrant. In essence, tomorrow's decision is a historic as the one that gave new life - as much as international management allows - to Maria Efimova.

The courts of our country are called upon to decide whether the families of martyrs of public interest, of "people" like us, who risk their lives, who lose their opportunities, for the common good -and are doing something, are also protected.in the knowledge that their families, who are willing to pay the price with them, supporting them, and who are also subject to threats and persecution.

A refusal of Greek justice to postpone tomorrow's trial will be a dark, bad omen for justice in our country, and will led an innocent man to prison, because he "dared' to support his wife's heroic decision.