IN MALTA, EVEN THE LEPRECHAUNS ARE MONEY LAUNDERERS: WHO IS CHARLES "TIKKA" (TINY CHARLIE) FARRUGIA ?

His name is Charles Farrugia, and he is what you call in Malta a canvasser, a name for aides engaged by most Maltese politicians to do all their dirty work, including laundering the kickbacks they receive for granting favours to wealthy businessmen, drug traffickers, and all sorts of financial criminals who require facilitation of their dark deeds.They create a layer of protection for their bosses, in the event that they get caught committing a crime.

Farrugia, whose nickname in Maltese loosely translates as "Tiny,' or "The Dot," is a known political aide to the controversial politician Rosianne Cutajar.While his Facebook page gives the reader the impression that he is some sort of local celebrity, which is reinforced by the fact that he is a government official at the street level, the Qormi Council, he allegedly took the fall for Rosianne Cutajar when she was exposed for her alleged involvement in an "under table" real estate deal, which appeared to be the sale of overvalued real property, in a money laundering scheme.

This dodgy deal, which smells of tax evasion as well as money laundering, placed Farrugia's heretofore obscure role front and center in Maltese mainstream media, in other than his usual celebrity status. leaders who have previously happily posed for social photos with him may now want to rethink that arrangement. 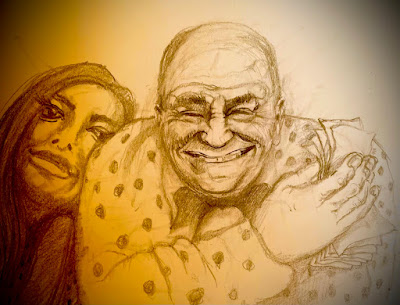 Why Tiny exposed himself to criminal prosecution is a bit of a mystery, as chats reported in the media, between Rosianne Cutajar and wealthy Maltese businessman Yorgen Fenech made fun of his diminutive size, but her exposure to the Council of Europe for reputed ethical violations has placed her on the proverbial hot seat, both in Valletta and Brussels, so the "little big man" was forced to take a bullet for her.

Given the current state of Malta's dysfunctional justice system, his arrest is doubtful, because his middleman status protects his boss, which perpetuates the corrupt arrangement between dirty leaders and the police and prosecutors. His ilk will continue to service the political class in Malta, to allow it to remain in power, to the detriment and damage of the votes they are supposed to serve.