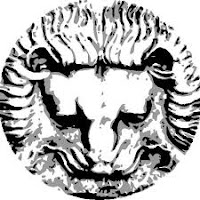 Maria Efimova, the central figure in the unmasking of Pilatus Bank as a money laundering machine, in an exclusive interview, has reviewed the multi-million Euro fine levied upon Pilatus Bank by the FIAU, and has made some very incisive remarks upon the subject. Perhaps now Malta will listen to her.

Her first comment was right on the money, "Yes, I saw the news. Malta seems to forget who informed them about Pilatus." She was the first to go public about the situation at the Iranian-owned bank, whose EU banking license was obtained under unusual "fast-track" circumstances, for an owner with no prior experience managing  financial institutions. 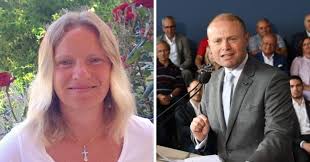 She  correctly has concluded "They fined Pilatus. that probably means that they are not going to prosecute its directors. I would prefer for the bank directors to be charged." The failure of the Malta Police to initiate criminal charges, after its leader publicly stated that they would soon be filed, has been on the minds of many observers of Malta's legal system, where justice is frequently delayed, intentionally, for years, until it fades from public discourse. Again, the delay is believed to be the work of Joseph Muscat, for the purpose of concealing his government's involvement, in both licensing and delays in public disclosure of Pilatus' massive money laundering operations.
She went on to say "The gravity and the extent of money laundering transactions facilitated by Pilatus Bank call for much more than just a fine. Obviously, the bank directors will be arraigned and charged. Malta was very quick to arrest me for "Defamation of Police Officers" (European arrest order) and the Egrant Farce-of-Inquiry (Perjury my a**), but it is surprisingly slow in getting people who had laundered millions for Azerbaijan."
Regarding Joseph Muscat and Robert Abela, "Former Maltese prime minister covered the bank during the years 2017-2018; he approved Pilatus attempts to silence me and Daphne Caruana Galizia. The new prime minister is no better; by denying me whistleblower status, he covers the guy who has covered Pilatus. we should stop treating government ministers as kings; they are public servants, paid by citizens, and nothing more. " 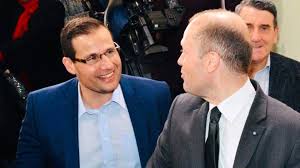 Finally, Maria has some words of encouragement for Malta,  " 5 Million Euros will do good to the Maltese Treasury, but it won't help the country's reputation.Malta is a laundromat of funds stolen from other countries. It is a pity, since Maltese people are bright ad educated; they could easily do without this dirty money. I admire those who don't give up and keep fighting against greedy bastards. We are stronger than them because we are not enslaved by money."
Wise words from Malta's whistleblower, still forced to remain outside the country, where her testimony would certainly bring down the corrupt regime that refuses to grant her immunity. She is Malta's conscience, but nobody is listening.