MAJOR ANNOUNCEMENT TO BE MADE IN EGRANT SCANDAL

A reliable source from inside Malta has advised that there will be an important development in the EGRANT matter in the next couple of days. It is anticipated that it will finally answer our questions, definitively, as to the identity of the Beneficial Owner of the offshore company.  Most readers believe that  the Magistrate's report on Egrant was bogus, and that the conclusions were ordered by Joseph Muscat, who allegedly awarded the Magistrate with a judgeship for his judicial corruption. The overwhelming majority of Maltese are certain that Michelle Muscat will be named.

Further details are not available. whether Malta's Prime Minister, Robert Abela, intends to award Maria Efimova protected whistleblower status, so that she can reveal the contents of the expert's report on the validity of the signatures of the corporate documents, and the contents therein, we can neither confirm nor deny. Our source will not prematurely release any details. 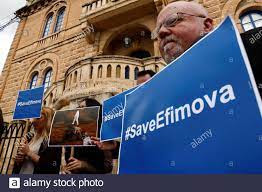 We promise to release the information as soon as it is available, notwithstanding what hour of the day or night it occurs, in our time zone. Hopefully, there will copies of images released to the press and the public. Stay tuned. It is recommended that readers who have not yet set their computers to alert them when new articles appear on this blog do so at this time. 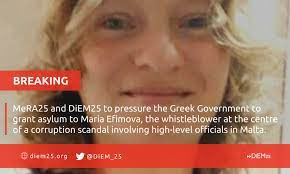