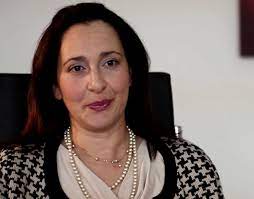 Malta is on fire; Claude-Anne Sant Fournier, the Money Laundering Reporting Officer (MLRO) at the now closed Pilatus Bank, was arrested today on money laundering charges; the bank itself as also charged, and rumours are flying around Malta of still other arrests of Pilatus officers and directors that are pending. She is being released on bail, under somewhat strict conditions.

We asked Maria Efimova, who worked with her at the bank, though they were not friends, about her involvement. She stated  " as a colleague, I warned her many times about illegalities taking place in the bank." when asked whether Sant Fournier was a tool used by Sadr, she replied "absolutely."  She allegedly followed all of Sadr's orders to the letter, notwithstanding her responsibilities as MLRO

.Maria recognizes that there is a human cost to the arrest, " I feel sorry for her. She has young kids/"  but is not afraid to place blame where it belongs, "The greed took over her."  It is not known how much she financially benefitted from her position, but it will certainly be a factor in her sentence.

Media reports say she might be cooperating with the authorities. Since she would have been a witness to all the suspicious transactions conducted by Maltese PEPS, her testimony will be vital in any future prosecution of senior government officials for corruption.