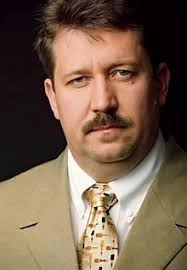 Viktor Bout, the former Soviet Air Force officer turned arms trafficker, has filed a Motion to Vacate Judgment of Conviction, and for an Order for Retrial, Pursuant to 28 USC §2255, by a person in Federal Custody. Having been convicted in District Court of four counts, Bout's appeal to the Second Circuit was denied, and the US Supreme Court denied Certiorari. He is serving his sentence of 300 months as USP Marion, in a unit designed for terrorists where contact with the outside world

The issues he has presented in his motion:

(1) Ineffective assistance of counsel, pursuant to the Sixth Amendment, stemming from a conflict of interest that hampered the defense attorney. He alleges his defense counsel would not receive the full attorneys' fee unless the defendant was convicted, and the Court and the US Attorney were implicated, and that prejudice was proven.

(2) Defense counsel concealed what Bout called "Brady material" from the jury, which would tend to prove his innocence, and agreed to not call a law enforcement witness whose testimony would damage the Government's case.

(3) There is Newly-Discovered Evidence in the case. 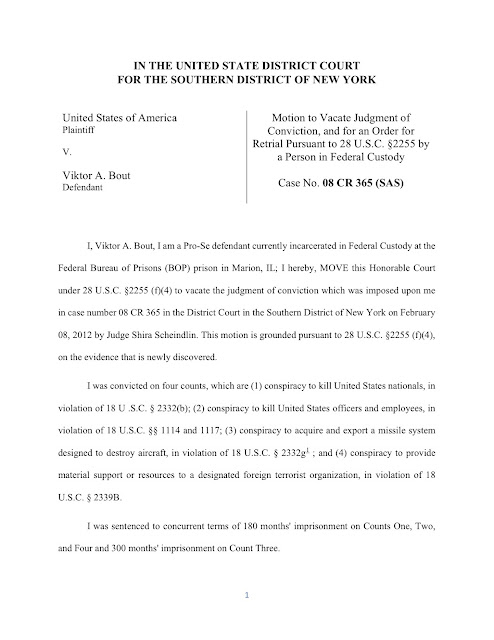 Any reader who requires a copy of the 36-page Motion, which contains exhibits, will kindly contact me at; miamicompliance@gmail.com and supply their email address.