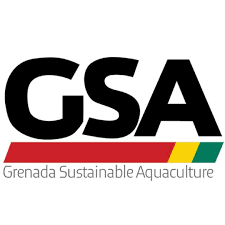 Soren Dawody, the principal owner of Grenada Sustainable Aquaculture Ltd., misrepresented to the project's investors that his staff had "over 150 years" of management experience, and "more than 275 years of combined experience, " which led investors to believe that GSA had Aquaculture experts on hand.

Outside of the well-prepared, and profusely-illustrated website, GSA had no form or substance; It had no built-out construction site. It was basically a sales proposal, seeking financing for a pipe dream, sweetened by the promise of an accompanying CBI passport from Grenada. Dawody had to initially raise $20m, and then secure a similar amount of OPIC financing, which apparently never materialized, Unfortunately, Dawody chose to keep the $18m in funding, and slink away, never to be seen again at the proposed sites in Grenada.

Soren contemplated perpetrating this scam elsewhere, outside of Grenada and Antigua & Barbuda.  cannot say, but we wonder what Mr. Dawody has been doing since Grenada shut down his GSA project as an approved CBI venture. Will we find other Dawody-operated sustainable aquaculture proposals elsewhere, that end up at failed  operations with unhappy victims ?