IS IRAN EVADING US SANCTIONS THROUGH DOMINICA ? 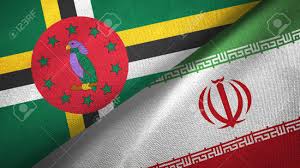 Reports from the Commonwealth of Dominica have asserted that a large contingent of Iranian nationals attended the opening of a hotel there that offered investors a Dominica passport and citizenship, under the country's CBI program. Witnesses claimed that it appeared the Iranian guests were actually partners in the project, which was constructed by a company that operates out of the United Arab Emirates (UAE). (We are unable to confirm this information, and official sources insist that only one Iranian national was present at the opening.) What's true about the project ?

The hotel, which is classified as luxury, was built to attract wealthy investors, the magnet being that CBI passport, notwithstanding Dominica has a minimal tourist footprint, and whose economy, after a devastating tropical storm and subsequent hurricane, is in tatters. There is no international airport, and visitors must first travel to adjacent counties to gain access. Notwithstanding the situation, a typical lunch at the hotel came to EC$942. ( official sources say this was for a six-person lunch, but we believe that food bill is still very high). Government insists that the positive cash flow generated by the CBI program is beneficial to the country, irrespective of the questions about whether there will be increased tourism as the result of hotel construction.

As many as 800 CBI passports are alleged to have been issued to investors in the hotel, and prominent local residents in the Opposition claim that a number of those have been issued to Iranian nationals. Unfortunately, due to government policy, we cannot confirm many Iranians hold Dominica CBI passports.(Government says the largest group of CBI investors at that project are Chinese nationals). Given Dominica's history of association with Iranians engaged in the billion dollar oil-for-gold sanctions evasion scandal ( e.g. Alireza Monfared) the question on the minds of  Dominicans is whether any Iranians, holding Dominica CBI passports, which give them visa-free entry to many Western countries, are exploiting them to engage in a new phase of international sanctions evasion. There is no publicly-available information on this issue.

While CBI passport holders from high-risk countries may not be able to open bank accounts once inside Dominica, they are free to employ those passports elsewhere in the developing world, and there are concerns that, once they are established elsewhere, sanctions evaders from countries like Iran. with new identities, will have access to North America and the EU. In that manner, Dominica may be unwittingly facilitating sanctions evasion schemes abroad.

To add to the fears, unconfirmed reports abound of late in Dominica that appear to support previous rumors to the effect that Iranians have been trafficking hard drugs, coming from Southeast Asia, through Dominica. These stories have again surfaced during the ongoing trial, in Iran, of the suspected former Iranian intelligence agent, Alireza Monfared, who together with his conspirators, faces the death penalty for diverting billions of illicit Iranian oil profits to his personal accounts. Is Iran engaged in narcotics trafficking in the Caribbean, to raise money, much as Hezbollah does ? if so, are they using Dominica to achieve their goals ?

There are many questions surfacing, regarding Iran's influence in poor, and thoroughly corrupt, Dominica, run by a leftist leadr for the past two decades, who uses his wealth to remain in power at election time, and who openly associates with regimes in Latin America that are allied with Iran. We wonder when the answers will be forthcoming.
Posted by Kenneth Rijock at Friday, November 08, 2019