For those individuals who are disturbed by the failed Grenada Sustainable Aquaculture Project, which took in a reported eighteen million US Dollars, and was never built, but are not persuaded that the conduct constituted fraud, look at what the project managers did in nearby Antigua; they engaged in the same conduct in what is known as the Antigua Sustainable Aquaculture Project, also known as ASA. 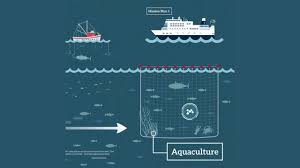 ASA is a cookie-cutter copy of Grenada's GSA; both are utter failures. Not only are the investors defrauded, but the contractors, experts and aquaculture consultants were not paid for their work. Placing both websites side by side, readers can easily see the same marketing techniques, which extol the virtues of the projects, but cleverly fail to detail the operators' track record, because they had absolutely no prior experience in this field.

How the Governments of Grenada & Antigua ever approved it for its CBI program remains a mystery. Even the most basic due diligence investigation would have revealed that the promoters are completely unqualified to build and operate such complex environments. Will the victims choose to hold the two governments accountable for their financial losses ? That is the question.