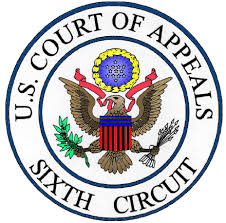 Sometimes, life imitates art; the conviction of an Ohio attorney who took money from a confidential informant, and planned to launder what he believed to be drug profits, using a technique he saw on the television program "Breaking Bad," was affirmed on appeal. Cleveland lawyer Matthew King, who sought to imitate television character Saul Goodman, and set up a sham corporation to launder the proceeds of crime, was convicted of three counts of money laundering and thereafter took an appeal to the Sixth Circuit.

The attorney never formed the front corporation, and later returned all the money to the CI. On appeal, the Court dismissed his legal arguments. We find the case of topical interest due to the blunt fact that the public, watching what are depicted as successful money laundering strategies and tactics, should be aware of the fact that, if a money laundering technique appears in the media, law enforcement certainly is aware of its use and any attempt to employ it in real life is not only illegal, it will most likely be discovered, and criminal prosecution result.

Readers who wish to review the complete text of the seven page Opinion in  USA vs. Matthew J King may access it here.
Posted by Kenneth Rijock at Sunday, November 24, 2019