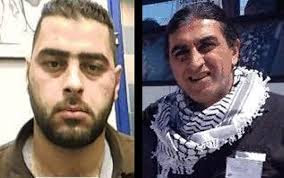 Two Iranian nationals residing in the United States have entered guilty plead in US District Court in Washington, DC, to a number of charges involving illegal surveillance upon Americans as illegal agents of the Government of Iran. The defendants are Ahmadreza Mohammadi-Doostdar, a dual citizen, and Majid Ghorbani, a legal resident.

The defendants were collecting information on, and photographing, members of the Iranian opposition group, Mujahedin-e Khalq, better known as the MEK. One defendant reportedly monitored a Jewish Center in California. Trips to Iran, in connection with their illegal surveillance activities, were mentioned by the US Attorney (DDC) in an official press release.

They face sentences of up to twenty years in Federal Prison.
Posted by Kenneth Rijock at Sunday, November 10, 2019