FIFTEEN MONTHS LATER, INDIA'S MOST WANTED IS STILL GIVEN REFUGE IN ANTIGUA 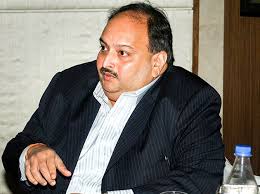 The extradition, after ten years, of Antigua's former banking regulator, Leroy King, has again focused attention upon Mehmet Choksi, India's Most Wanted fugitive, who has been living a life of luxury in Antigua the past fifteen months, evading justice at home due to his Antigua CBI passport and citizenship. His attorney have filed multiple times in the local court system, thus far successfully evading extradition, and allowing him to cheat justice in India. His extended presence in Antigua reminds is that the Rule of Law there is often trumped by political influence, especially if the individual is affluent.

The Choksi case has now generated renewed attention, due to the fact that it has been belatedly disclosed that India and Antigua signed a treaty in 2000 that provides for extradition if their nationals. Antigua's government had thus far asserted that no such treaty right existed, which gave attorneys for Choksi free reign to attack India's right to remove an Antiguan national, and to interpose a number of defenses strictly for dilatory purposes.

Whether Choksi will also enjoy a decade of freedom in Antigua before he faces Indian justice we cannot say, but we will be monitoring the situation, as it directly affects Country Risk.