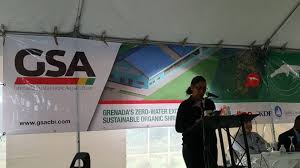 If you were wondering precisely when the operators of Grenada's failed Sustainable Aquaculture program deserted their clients, it was long before the Government of Grenada suspended the eligibility of GSA for participation in the CBI program.

GSA did not have a  brick-and-mortar office, either in Canada, or in the UAE. All of them were mail drops, executive centers or hotel rooms which were glorified mailboxes. The question presents itself, why did the Government of Grenada not suspend the program earlier ? It was finally suspended through an official announcement date October 18, 2018. if the Government had acted earlier, perhaps some of the late-arriving investors would not have become victims.
Posted by Kenneth Rijock at Tuesday, November 19, 2019