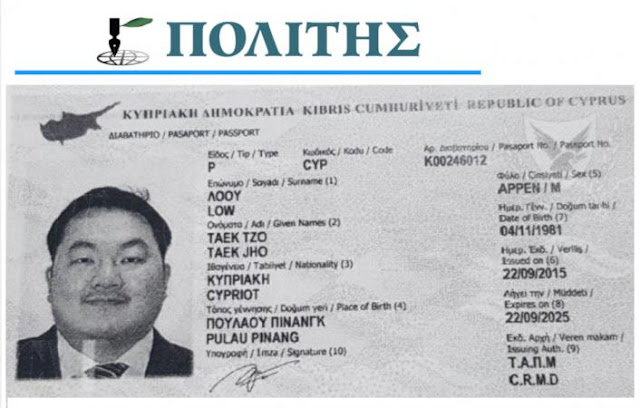 Jho Low, the high-flying Malaysian financial fraudster and money launderer who is presently a fugitive from justice in a number of countries, purchased a CBI passport from the Republic of Cyprus in 2015. At the time Jho secured the passport;

(1) He had fled his native country, after he came under suspicion for money laundering.
(2) He had been accused of fraud and violation of financial regulations.
(3) He had been classified High Risk in a 100-page investigative report furnished by a major global resource.

Did Cyprus actually ignore all of the above, when it reportedly conducted Due Diligence on Jho for his application ? Taking the above facts as true, it appears that either no Due Diligence was conducted, or problems uncovered when it was were ignored, in favor of the cash payments made by Jho.

Jho who also has a St Kitts & Nevis CBI passport, is a fugitive from justice, reportedly living in China.