If you remember your class in English Common law, an attorney could enter what is known as a Special Appearance, to contest personal jurisdiction. in essence, the lawyer was not submitting his client to the jurisdiction of the Court, but employing an archaic tactic whereby he appeared solely for a limited purpose. It was a legal fiction that allowed counsel to argue one issue, without subjecting his client to the court's jurisdiction. Technically, counsel is really not there for the purpose of what we call a General Appearance.

Needless to say, today's Federal Rules do not permit a criminal defense lawyer to file a Special Appearance, but that did not stop counsel for the Turkish government-owned Halkbank from attempting to invoke that obsolete remedy at common law. The bank, accused of facilitating Iran's billion dollar oil sanctions evasion program, asserts that the Court has no jurisdiction over it, as it has no offices or branches within the United States. They allege that the banks was not properly served with process. The bank's lawyers also was the sitting judge to recuse himself. 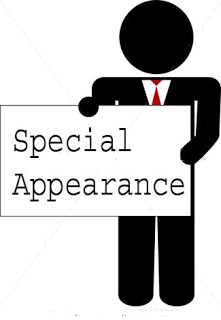 Judging by the Court's remarks, the bank argument, which reportedly has no legal authority in the Southern District of New York, and the Second Circuit, was not well received. Additionally, similar arguments were made, and settled, during the prior case against bank official Hakan Atilla, who was convicted for his role in the sanctions evasion scheme, and has already served his sentence.

The court gave bank counsel additional time to brief the bank, and to report back at a future date.
Posted by Kenneth Rijock at Wednesday, November 06, 2019