COMPLIANCE EXCEDRIN HEADACHE NUMBER ONE: VENEZUELA ADOPTS THE US DOLLAR AS ITS CURRENCY 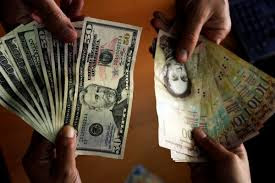 The Government of Venezuela, its economy, as well as its national currency, the Bolivar, in tatters, has taken the remedial step of adopting the US Dollar as currency of the realm. This action will surely prove to be a nightmare for US banks, especially its compliance officers,  for the wide range of US OFAC sanctions in place could mean even more front men for sanctioned entities will be seeking access to the American financial structure, to acquire dollars.

The move to the US Dollar may also spawn a new cottage industry in bulk cash smuggling into Venezuela. from Florida, Texas, and Puerto Rico, and compliance officers may wish to alert their teller staff and customer relations specialists about possible order for cash from bank clients who have never made such requests before.

Finally, banks in the republic of Panama, which are notorious for their "Don't ask, Don't tell" attitude regarding money laundering, may be asking their American correspondents for large cash shipments, to serve the Government of Venezuela, and such requests should be thoroughly checked before funds are issued.
Posted by Kenneth Rijock at Monday, November 18, 2019