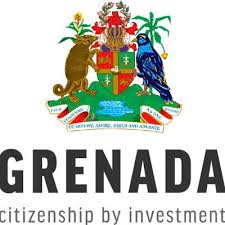 The Government of Grenada has reportedly been conducting an investigation of the GSA scandal for the past six months, but there is no evidence that anything has been done other than hold a press conference announcing the investigation. Meanwhile, the organizers of the scam have pocketed at least eighteen million US Dollars from foreign investors, burned their partners, suppliers and tradesmen who they contracted with to create and open the facility, and fled the scene, in a classic Caribbean "Take the Money and Run" scenario that has been repeated in Grenada, without any criminal consequences.

GSA appears to be no different from other Grenadian scandals, but the Citizenship by Investment (CBI) passport and citizenship program, which approved GSA within the CBI framework, is currently under attack. GSA victims and creditors have blamed government for failure to conduct effective Due Diligence upon the program, which had no actual physical address, nor any record of prior experience in aquaculture projects. It remains an open question whether there is legal liability for gross negligence, though sovereign immunity law may apply. In that event, are senior official in
Grenada personally liable ?


Prime Minister Keith Mitchell, obviously you are not going to find GSA manager Soren Dawody, an Iraqi national carrying a Swedish passport, in Grenada, or any of his partners, but charging them with a crime is the least government can do it demonstrate its resolve in the matter. To do anything less will drive prospective CBI applicants to other jurisdictions, thereby reducing much needed income for the government budget. Grenada's inaction will result in CBI business going elsewhere. Why not choose to do the right thing, and hold fraudsters accountable. Mr. Mitchell ?