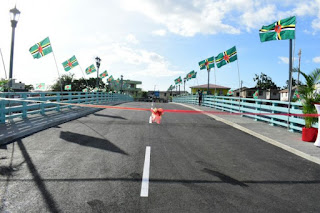 The opening, this week, of the newly-completed West Bridge, over the Roseau River, has again caused Dominicans to ask some tough questions about the project. Was some of the construction funding, which came from the country's Citizen by Investment (CBI) economic passport program, illegally diverted, through illicit bribes and kickbacks, and paid to government officials or agents ?

Ever since the construction contract was awarded to a company from Barbados, bypassing and avoiding all the local Dominican engineering firms, which are more than competent to perform the work, there have been rampant rumors. Is there a factual basis for those whispered accusations ?

Of course, these facts stand out, regarding the bridge project:

(1) There was no public bidding for the project.
(2) The selection of the contractor directly contradicted Dominican laws on procurement.

Was the final price excessive, and were bribes and kickbacks paid from construction funds ? Whenever we see a no-bid project, questions must be asked. Was the price padded, to include corrupt payments, made to government officials that approved the deal ? We cannot say, but we call upon the public to demand an independent board of inquiry, composed of non-Dominicans, to seek out the truth. Witnesses, and those with evidence, should come forward. 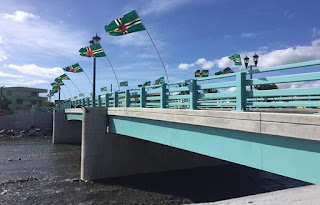