Rayburn Blackmoor, the Minister of Justice and National Security in the Commonwealth of Dominica, in a public interview this week, stated that he wants laws enacted that would impose criminal penalties upon the exercise of free speech, on social media. Using the loaded terms, like "malicious intent," and "to create social mischief, " words which sound like DoubleSpeak from George Orwell's classic 1984, Minister Blackmoor intends to see legislation passed that would effectively bar the Opposition parties from spreading the uncensored news of Dominica among their members.

Given the obvious influence of Dominica's Chinese advisors, in both police and internal security matters, one can only assume that the PRG policy on suppressing lawful dissent, and peaceful protest, as well as its harsh treatment of democratic postings made by social media users, is now to be the official policy in Dominica. When peaceful assembly of a couple of vocal citizens, or statements they make on social media, become unlawful, democracy wilts and dies.

One final note: remember our earlier article, detailing that fact that the Government of Dominica, as soon as the political situation began to deteriorate, brought in not only electronic surveillance cameras, but email and telephone eavesdropping capability; Big Brother is indeed watching you.


Welcome to  Dominica, which is either the Western hemisphere's newest kleptocracy, or the new Cuba; you decide which label is appropriate. 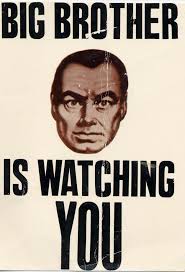