IS GIULIANI'S END RUN AROUND THE COURT, FOR REZA ZARRAB, NOT PRIVILEGED ? 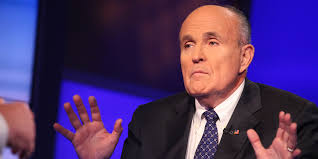 The give-and-take, regarding the dispute over whether Rudolph Guliani and Michael Mukasey's efforts to obtain a "diplomatic solution" for indicted Iran sanctions evader Reza Zarrab, continues to unfold. Is the fact that these "negotiators' were also representing the Republic of Turkey sufficient grounds for the Court to find a conflict of interest ?

In a letter to the Court this week, the US Attorney's office has taken the position that details of the efforts of Guliani and Mukasey, to avoid a trial, and the probable consequences thereof, by talking to Turkish, and American, officials are unprotected. It has been argued that neither the attorney-client privilege, nor the attorney work product doctrine, exist, since their efforts are unconnected to the criminal case, nor is any legal advice being given to the client, nor were the negotiations in furtherance of formulating any litigation strategy. It is also argued that, in the absence of an attorney-client relationship, there can ber no attorney-client privilege.

If there is no privilege, then the facts of all  Guliani's and Mukasey's meetings, with both Turkish as well as American, officials, can be disclosed; That cannot be helpful to Zarrab's defense, and may be an important factor in the Court's ultimate decision regarding whether either attorney can continue to represent Zarrab, for any purpose.
Posted by Kenneth Rijock at Monday, May 22, 2017